The San Diego State football team will play seven regular-season home games in 2022 in the inaugural season of Bashor Field at Snapdragon Stadium.

SDSU (12-2) finished with a school-record 12 victories last year, one of only 10 programs in the country with at least 12 wins. Only four teams had more victories than San Diego State, including national champion Georgia, and CFP teams Alabama and Cincinnati.

The Aztecs ended the 2021 campaign ranked 25th in the final Associated Press Top 25 poll, the third time in program history SDSU finished among the top 25. SDSU was also ranked in every CFP poll in 2021. 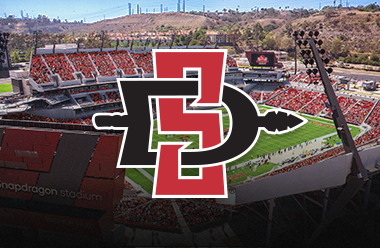